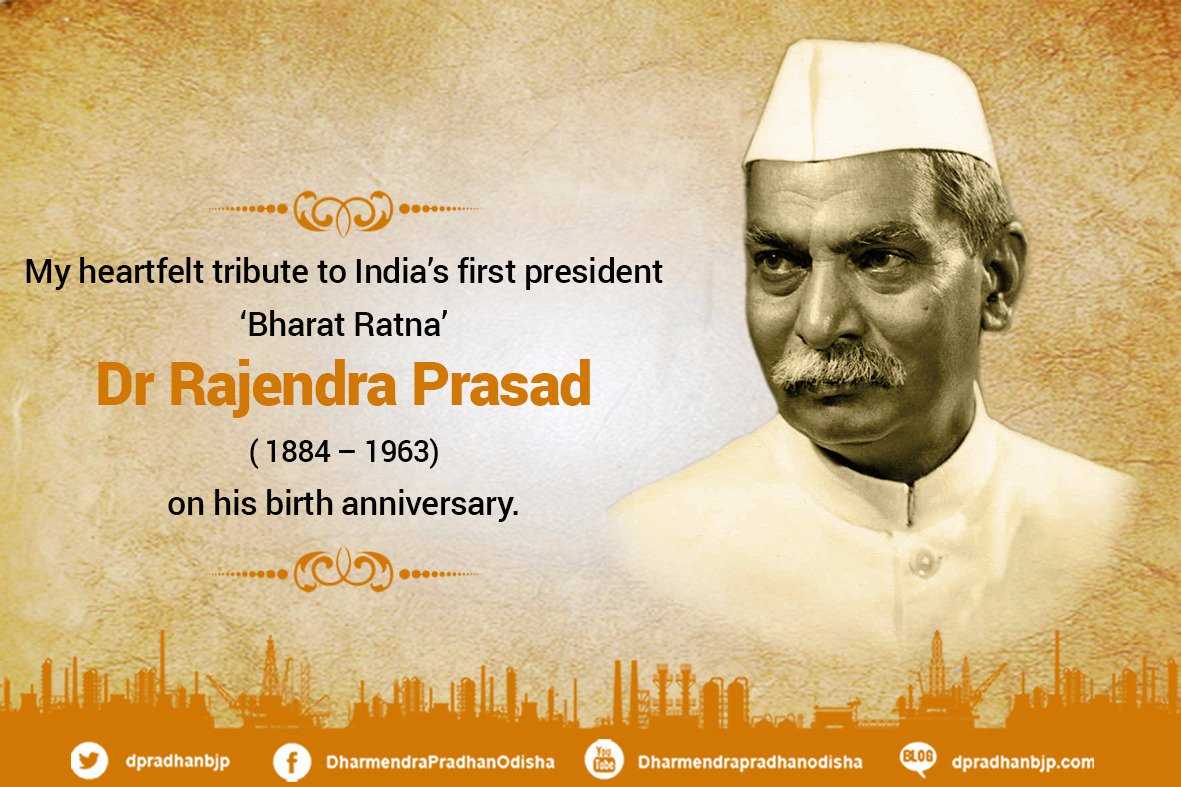 Dr. Rajendra Prasad, the Legendary Leader and major idol of the Indian History

Dr. Rajendra Prasad was a legendary freedom fighter and human being who not only had set ground for the political history of India but also implemented many rules when he became the president. He was an Indian Political leader and was also a lawyer by training and education. He came into the Indian National Congress during the time of the Indian Independence movement and also attained the crown of becoming a successful leader in the region of Bihar.

A devout supporter and follower of Mahatma Gandhi, Rajendra Prasad got arrested many times for breaking the laws of the British rule during the massive evens like the salt Satyagraha and the Quit India Movement which took place in the respective years of 1931 and 1942. He was also elected as the president of the Indian National Congress and served this terem only once during the time period of 1934 to 1935. After the general elections that took place in the year of 1946, Rajendra Prasad served as the minister of food and agriculture and worked in the central government and once when independence of India was achieved finally he got elected as the president of the Constituent Assembly of India. When India was converted into a republic in the year 1950 he was elected as the first president by the Assembly.

He even was selected as the president of the Electoral College which was the part of the first Parliament of India and the legislatures of its state. He had established many such traditions like non- partisanship for the retired Congress party politics, independence of the office goers and many more. As a ceremonial head of the state he was the one to support the development of education in India and also shared his expert suggestions towards the government formed by Nehru. He was also reelected as the president of India again for the next term creating a record in history to become the president twice.

He was born in the Siwan District of Bihar to father Mahadev Sahai who was a scholar of Sanskrit and Persian languages at that time and his mother was a pious head who used to recite stories to him from the Ramayana. He was placed under the guidance of a Moulavi at the age of five where he was supposed to learn the Persian language along with Hindi and arithmetic. He was given for marriage at a very early age of about 12 and was married to Rajvanshi Devi. His career was widely sought, at first as a teacher, then a lawyer and finally as the freedom fighter who bought peace and order in the country by encouraging young minds and souls to fight for the independence of their motherland.