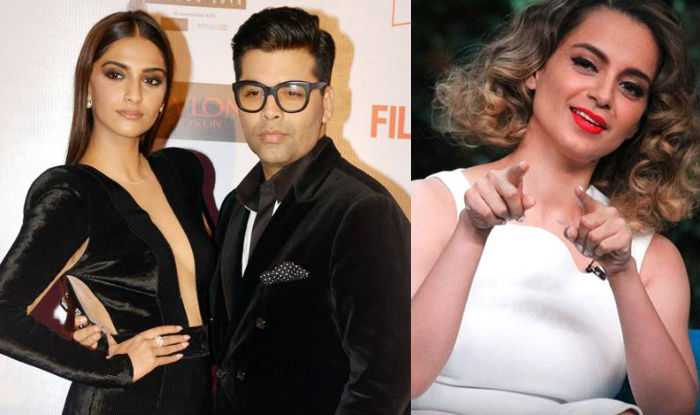 Kangna Ranaut and Karan Johar word war: Who Said What

Bollywood is never out of controversies. Be it due to the movie subjects or celebs commenting over each other or due to unconventional dressing sense of some of the celebs.

This time, it is again a “Word War” and the persons involved are Karan Johar and Kangana Ranaut. Kangana seems to be in love with controversies. She owes them to her “speak her heart out” attitude. Kangana is constantly involved in word-war for last few months. At the end of 2016 she had a word war with Hrithik and now it is Karan Johar.

KJo is also very much in shock realizing what he has ended up in. It all started in a Karan’s own talk show “Koffee with Karan”. While talking to Kangana, Karan started discussing about the nepotism in Bollywood. And, Kangana talked her heart out on this, accusing Karan as the one of those who encourage nepotism in Bollywood. She also used the term “mafia”.

Karan, obviously, didn’t take her words and said that if she has so many issues with industry, then she should leave this industry. Kangana told media that Karan is no one to tell her to leave the industry. She added that this industry is not his studio where only his cousins and nephews would be entertained.By the time all this went viral and many other celebrities jumped into this war. Shekhar Suman, whose son Adhyayan Suman was recently involved in Kangana and Hrithik’s controversy to support Hrithik, also commented on Twitter taking KJo’s side.All such controversies keep on going in Bollywood, let’s see what happens next.

How to save children from the sexual abuse at public place?
(1,364)

Important factors- can save you from breast cancer
(2,132)