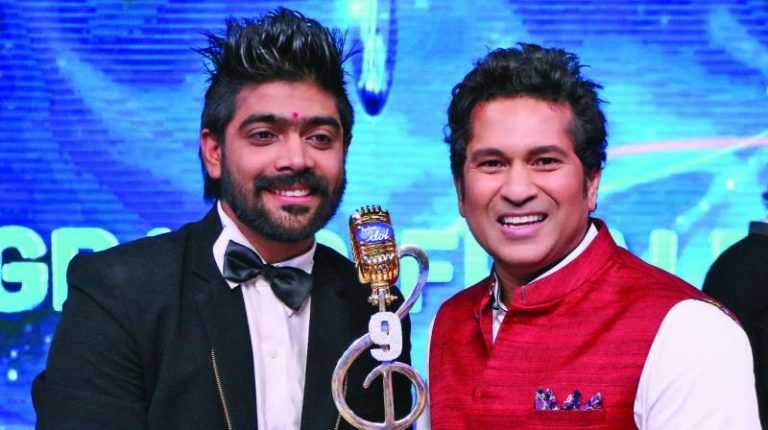 LV Revanth is the winner of Indian Idol 9

Indian Idol has been one of the most significant reality shows for the singers who want to pursue their career as playback singers. This show was conducted this year and had very talented and inspiring contestants to fight for the title. The judging panel was also full of talented and well-known figures viz. Sonu Nigam (the legendary singer), Farah Khan (the great choreographer) and Anu Malik (one of the great music directors of Bollywood).

This year the three most talented contestants who made it to the Grand Finale were LV Revanth, Khuda Baksh and PVNS Rohit. All of these are the great singers and had received the huge amount of love from Indian and international audiences.

The final winner was declared after a great and challenging competition held last night on April 2. 2017,. It is none other than LV Revanth. He won Rs. 25 Lakhs, a car and hopefully, will have a great career in Bollywood. While Khuda Baksh was able to be the first runner-up and PVNS Rohit was the second runner-up in this great contest.

LV Revanth was already a playback singer in South Film industry and wanted to make his mark in Bollywood. With this aim in his mind, he thought of fighting for this great title. He had sung a song in the great historic movie the “Baahubali”.

His talent and passion were very much appreciated by audiences and the judges. He hails from Vishakhapatnam. Now he has a great career opportunity waiting for him. He had a tough competition and had to face highly talented singers like Malvika, Khuda Baksh and PVNS Rohit. The journey was not easy for this talented singer. However, he made it due to his versatile singing and passion towards his talent.

We wish the great future for LV Revanth and all other deserving contestants for this mega reality show.

How to save children from the sexual abuse at public place?
(1,685)

Important factors- can save you from breast cancer
(2,389)