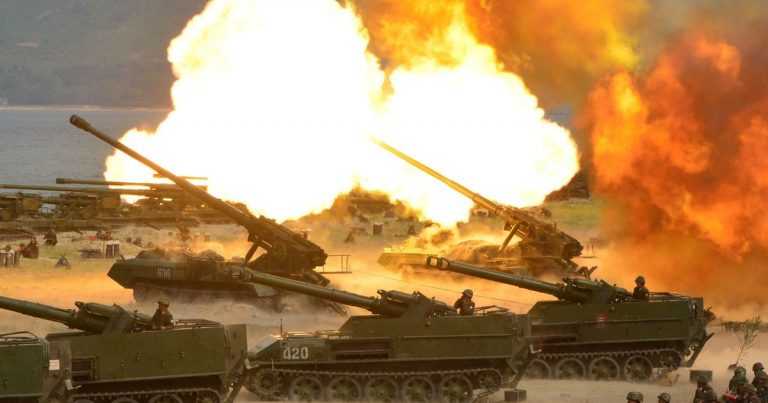 North Korea has recently warned Japan that if it does not take required action to sort out the dispute regarding the Korean peninsula. Japan is for now acting as a base for US military forces. And, therefore, North Korea has issued a warning to Japan. The warning stated that if the war broke out between US and North Korea, the North Korea, will use its nuclear weapons on US base camps in Japan.

This warning reminded Japan of the Hiroshima nuclear attack. Japan was the first country to be the victim of nuclear attack and is therefore, very familiar about the disasters of the same. As per current scenario, Japan and US are backing the conflict between North Korea and South Korea.

North Korea, has recently tested two nuclear missiles and few ballistics. US on the other end, is responding to this act of North Korea by sending its USS Carl Vinson aircraft carrier to the peninsula. North Korea has also launched a good number of ballistic missiles on the occasion of 85th anniversary of North Korean Army.

North Korea is officially known as "Democratic People's Republic of Korea" (DPRK). As per latest updates, North Korea is all set and ready to respond to US in any possible way. The US President, Mr. Trump declared that he is willing to resolve this issue with North Korea. However, the North Koreans are taking it as Trump's diplomatic move as they noticed two American Bomber jets in Peninsula's sky boundaries.

As the tensions are increasing, various other countries, such as China are pleading to sort out all the issues without war. We too just hope that all conflicts are ruled without war and any sort of destruction.