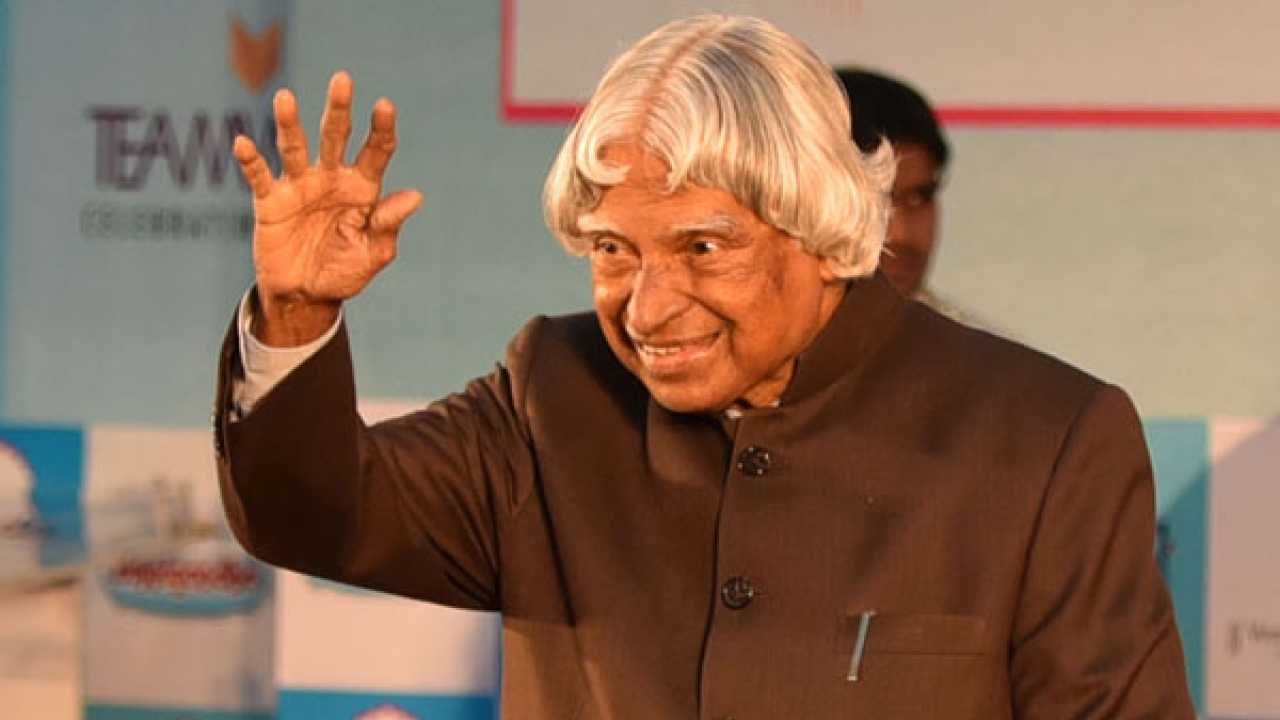 The 11th president of India who was not only a politician but an immensely educated man India has ever got. He was a scientist who made an immense contribution to the ISRO and also popularly known as “Missile Man of India” for his projects like Project Devil, Project Valiant and the launch of the missile Rohini-1. He was president from 2002 to 2007 and after completion of his term he taught in the premier institutes of India as visiting professor. He earned many awards and prizes for his work and honoured with the great laurels of the world.

APJ Abdul kalam was born on 15th of October in the year 1931, in Tamil Nadu. His parents were Jainulabdeen and Ashiamma. The financial condition of his family wasn’t good enough but he never left his education. He earned money by doing odd jobs from the childhood and supported his education.

He did his graduation from the Saint Joseph’s College which is at Tiruchirapalli in 1954 than he did his aerospace engineering from Madras institute of Technology (MIT).

APJ Abdul kalam was appointed as the chief scientist after he completed his engineering in aerospace technology from MIT at the Aeronautical Development Establishment of Defence Research and Development Organisation (DRDO). After this he was the project director at the Indian Space Research Organisation (ISRO) where he was associated with the launch of the First Indian indigenous Satellite Launch Vehicle. He was there for a long time and gained immense knowledge and also grew as a person. He was associated with many projects which were fruitful and successful at many levels. In the year 1970, he was directed to handle two projects that are Project Devil and Project Valiant which required to be invented and develop ballistic missiles with the help of the technology of the SLV Programme which was successful. The invention and launch of the missile Rohini-1 which used SLV rocket was a milestone performance in his career. After noticing his performances, government approached and asked him to develop missiles for the mission Agni and Prithvi which were private and he worked for these projects privately. These were advanced missile programmes which were directed by Kalam. After this, he was appointed as the Chief Executive at the Integrated Guided Missile Development Program (I.G.M.D.P). It was associated with the research and development of the simultaneous missiles rather than missiles which are planned one by one. The period of 1992 to 1999, he served as the Chief Scientific Advisor for the Prime Minister of the period and also served as the Secretary of Defence Research and Development Organisation. APJ Abdul Kalam was honoured and was given the title of Missile man of India during the phase when he was serving as the Chief Project Coordinator for the nuclear tests of the Pokhran II.

From the year 2002 to 2007, APJ Abdul Kalam served as the president of India. He was the first ever scientist and a bachelor who was nominated as the President of the nation. During the tenure of being a President, he was both criticised and appreciated a lot. He was criticised mainly because of deciding the fate of twenty mercy Petitioners.

Book Written by This Great Man

He wrote many books and articles which inspired the minds of the Indians and people across the globe. The books were immensely influential and inspirational. “India 2020” in one of the most appreciated and accepted books of this man which were read by numerous readers. The book talks about the plan and procedures which India has to follow to become the superpower of the world by the year 2020. Other books which were greatly appreciated were “Ignite Minds”, Inspiring Thoughts”, “Mission India” and “The Luminous Sparks”.

In 2011, he initiated a movement called “What Can I give Movement” which was to fight against corruption.

A proud recipient of Padma Vibhushan, Bharat Ratna, and Padma Bhushan awards from the Indian Government. Other awards are Indira Gandhi Award, Veer Savarkar Award, Kings Charles II Medal and many others.

A man of knowledge and great thoughts died on 27th July 2015 and it is one of the biggest losses for India.

What is uterus Fibroid, Symptoms, Causes, and treatment?
(2,271)