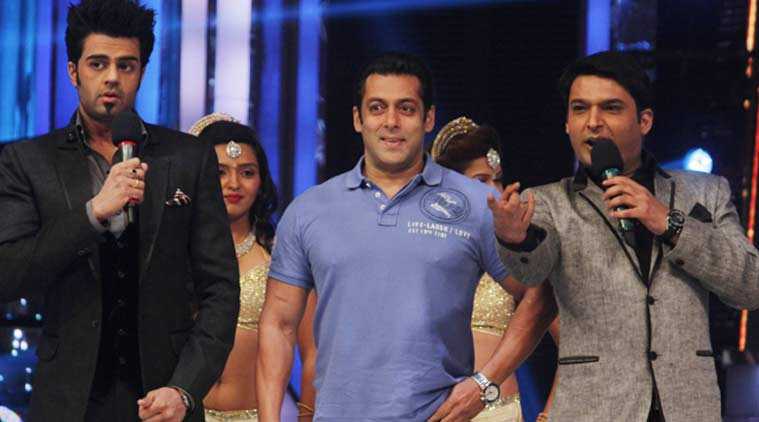 Why Salman Khan Can Be Bad News For Kapil Sharma? FIND OUT

Ever since mid-air Sunil Grover and Kapil Sharma fight, nothing has been going right for Kapil Sharma and his show as well. Is there another trouble coming his way? Well, everybody knows TRP of his show has been dropping continuously and many people have left watching the TKSS, but there may be more troubles to bother him. Is it Salman Khan’s new show Dus Ka Dum? Will TKSS soon go off air? Will it be replaced by Salman Khan‘s new show?

Reportedly, the channel heads are in words with the Salman Khan and once everything is set, Dus Ka Dum’s 3rd season will replace TKSS from July onwards. The first 2 DKD seasons were hosted by the Dabang Khan in 2008 and 2009. This show is already popular among the Indian audience and increased popularity and fan following of the Dabang Khan may be an extra benefits.

DKD was the first show when Salman made his TV debut. He hosted this show before Big Boss. Earlier there were gossips about Salman Khan’s exclusive contract with Colours channel for Big Boss, but as per the sources things would be finalised in between Sony channel and the Dabang Khan within 1-2 days. The talks started between heads of Sony channel and Salman Khan 1-1/2 months ago, when the Kapil-Sunil mid air fight had not happened. Sony channel was planning to air Dus Ka Dum in the 8-9 PM slot at that time while TKSS will continue at 9 PM. However since the Kapil-Sunil fight happened and the Ali Asgar, Chandan and Sunil Grover left the TKSS, the rating of the show have dipped down from 2.6 to 1.6. Sony is paying too much amount of money to Kapil Sharma for this show, but now the dropped rating is not justifying this amount now.

However nothing has been finalised yet, but TKSS might be replaced by DKD.

How to save children from the sexual abuse at public place?
(1,687)