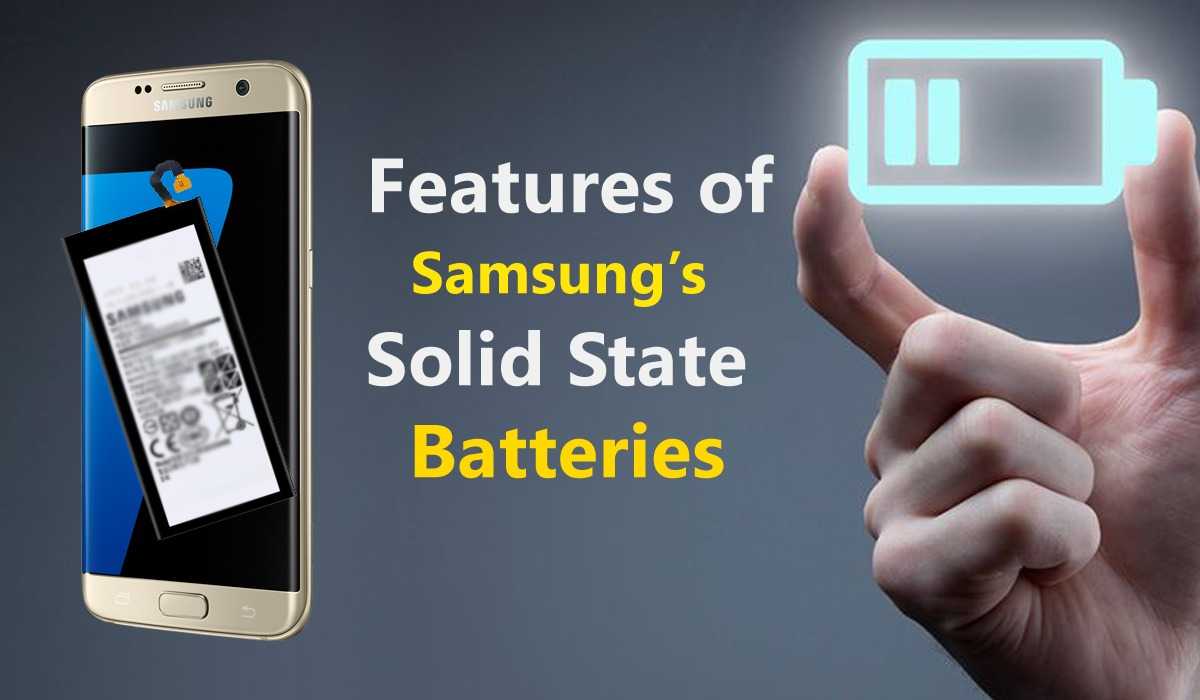 Samsung is considered as one of the well-established battery manufacturers in the world. The company is in a good position to start rolling the next-generation batteries. On March 9, a group of researchers from the SAIT (Samsung Advanced Institute of Technology) and SRJ (Samsung R&D Institute Japan) came up with their study on the long-lasting, high-performance all-solid-state batteries.

So, was there a need for solid-state batteries?

The batteries that we use now are made of lithium metal anode. These batteries have a short lifespan and they are also not that safe.

To overcome this issue, the researchers at the Samsung Advanced Institute of Technology came up with a solution. They proposed that as the anode, we should use a silver-carbon composite layer. They showed that using the Ag-C layer as anode enabled the battery to have a longer lifespan and a larger capacity. It also enhanced the overall safety. The Samsung Company used non-flammable and less toxic materials in the manufacture of solid-state batteries. The company holds the promise that these batteries have energy densities up to 2.5 times that of lithium-ion based batteries.

The Ag-C layer is just 5 micrometers thick. This ultrathin Ag-c layer reduces the thickness of the anode which, as a result, increases the battery's overall energy density. With the ultra-thin Ag-C layer, researchers were able to make a fifty percent smaller prototype by volume.

The all-solid-state Samsung batteries will probably take years to come into the market. Till now, the company has not discussed any firm production for the solid-state batteries. The researchers at Samsung also stated that this was research and it has only taken place in a laboratory. They said that it would be difficult to translate into real-life use at this stage of human development. But we can expect it soon because the company itself supplies battery cells for electric vehicles. No doubt that these solid-state batteries could be a great way to boost the range of our future electric cars. Many companies like Volkswagen, General Motors, Toyota, and Panasonic have also planned to bring these all-solid-state batteries in the market as soon as possible.

If this prototype that was presented by the researchers of the Samsung Company turns into reality, then our future gadgets will also start coming with smaller batteries. They will have a longer life and will be able to produce more power.

Another factor is the price. A battery is one of the most pricing components of an electric vehicle. The price of Samsung's all-solid-state batteries will also determine whether it will be a success or not.

The researchers and engineers at Samsung are now focusing on developing solid-state battery materials that would not be much expensive for our future use.