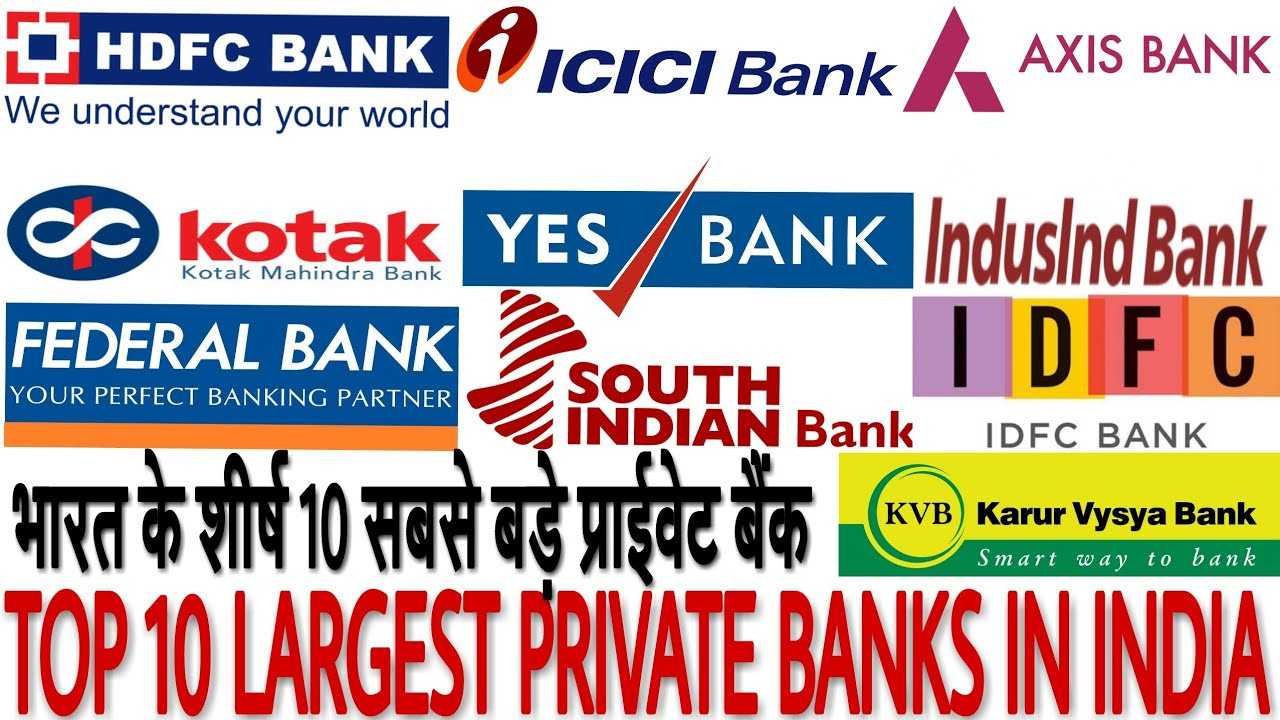 India is one of the largest economies in the world. The higher population is not the only reason behind it but it is also because of the incredible economic variance amongst the people. There are many banks serving in India. There are many public sector banks and private banks too.

Private Banks are working well in India as they provide fast and efficient services to the customers as compared to public sector banks.

Here are some of the top private banks operating in India:

The bank was established in 1994, it has it’s headquarter in Mumbai. The bank had huge revenue of 1.17 lakh crore with the net income of more than 21000 corers in the year 2019. It is the largest private sector bank which offers a number of services such as retail and wholesale banking, credit and debit cards, home loans, auto loans etc. the bank has millions of customers across India along with more than 5000 branches all over India and more than 12000 ATMs.

One of the most trusted private banks in India offers a variety of services from truncations, loans, deposits, privilege banking, insurance and more. The bank had revenue of more than 73000 Crore and net income of more than 3363 Crore in 2019. It has more than 5300 branches all across India with more than 15000 ATMs.

Axis bank was established in 1993 having its headquarters in Mumbai. It has got so popular among the customers in no time. The bank has more than 4500 branches across India with 12000 plus ATMs. The bank offers various services such as loans, deposits, gold loans, housing loans, mutual funds and many other banking services.

The bank was established in 2003 has earned a revenue of more than 28500 Crore in 2019 and has become a leading private bank in India. The bank has more than 1600 branches across India and serving through more than 2500 ATMs all over the country.

Yes bank was founded in 2004 having its head office at Mumbai. The bank offers asset management and retail banking services in India. It is one of the fastest-growing private banks of India. It has more than 1000 branches and more than 1800 ATMs across the country.

The bank was established in 1931 as Travancore Federal Bank now known as Federal bank has its headquarters at Kochi. The bank serves with more than 1700 branches along with more than 1500 ATMs in India. The bank offers various services such as personal banking, retail banking, corporate banking, NRI banking, insurance, Loans and more.

The bank was established in the year 1994, having its main office at Mumbai. The bank serves through more than 1550 branches and more than 2450 ATMs across the country. The bank mainly works in metropolitan cities of India. The bank has various branches in many other countries as well.

It is one of the fastest-growing banks at present in India. The bank was found in 1943 to operate in Kolhapur-Sangli area of Maharashtra, but now it has grown nationwide and served with more than 380 branches and more than 400 ATMs in India.

These banks are popular as they offer fast services. These reputed banks also offer many schemes and saving plans that prove helpful to the customers. If you are planning to have an account in these banks, you can visit the official websites and gather information about it.

Important factors- can save you from breast cancer
(2,690)