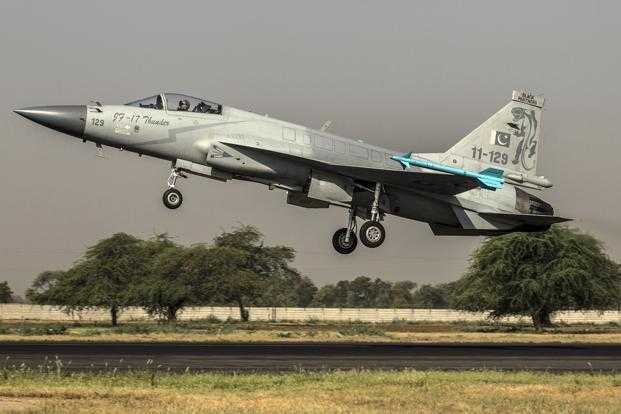 Upgraded version of a fighter jet has been launched on 27th April by China. This is jointly manufactured by China and Pakistan. This fighter jet would be used for combat mission during war time and training during peace time. This is China's JF-17B dual-seat fighter trainer which is the upgraded version of military aircraft JF-17.

JF-17B has achieved a balance among quality, performance, cost and global market requirements. It was developed by China’s AVIC (Aviation Industry Corporation) to match with the needs of global markets and international customers. JF-17 Thunder is jointly manufactured by Pak-China. This is a multi role and light weight aircraft that would be used for some specific purposes during war time. Aviation Industry Corporation of China said that JF-17 can be used for training purpose.

With the witness of guests from abroad and home on 27th April Thursday morning, a JF-17B aircraft climbed up in the air and stayed for about 26 minutes in the air during its debut flight. As per Yang Wei’s (chief designer of JF-17B) statement, this development would bring a new force to JF-17 family. It will also increase our competitiveness in the international market.

Important factors- can save you from breast cancer
(2,132)

How to save children from the sexual abuse at public place?
(1,364)