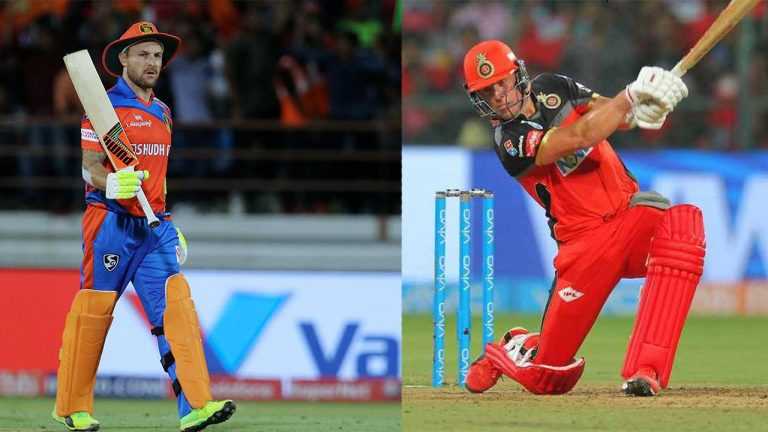 Brendon McCullum has trolled RCB’s injury list. RCB team have been ravaged by injuries before the start of IPL 2017. Virat Kohli is not fit as he has got some issues with his fitness. He may not play few of the matches as he will be out for medical assessment in the month of April. AB de Villiers was supposed to replace Virat for those matches. However, he is also not able to make it to IPL as he is struggling with back injury. Few other players of RCB team such as KL Rahul and Sarfaraz Khan may also miss few matches due to shoulder and knee injuries respectively. Therefore, in spite of having such great players in the team, RCB will have to face few challenging matches in this season.

RCB lost opening game against SRH played on 5 April 2017. AB de Villiers was set to lead the side in Virat Kohli’s absence but he couldn’t play due to his back injury. His injury forced him out of this IPL season’s first and very important match on Wednesday.

AB. de Villiers also confirmed his absence on opening match on his twitter handle. He wrote “Really disappointed to be missing the opening game of the IPL tomorrow, good luck to @ShaneRWatson33 and the rest of the @RCBTweets boys!” He was really disappointed to miss this important mach.

Due to this increasing number of injuries in RCB team, it caught attention of most the player easily and few of them even reverted on AB de Villiers’s tweet. Brendon McCullum was one of them. McCullum tweeted and suggested RCB to get their coach into the action squad.

McCullum tweets – “Dodgy back again bro? You fellas almost need to roll out the coach for game 1!?”

We would like to tell you that RCB’s coach is none other than the great orthodox spinner Daniel Vettori. He has also played for RCB is previous season and has a great record in test matches as well. He has managed to pick up 362 wickets in 113 test matches he played. He was appointed as a coach for RCB in 2014. But still he has got his magic arm in action.