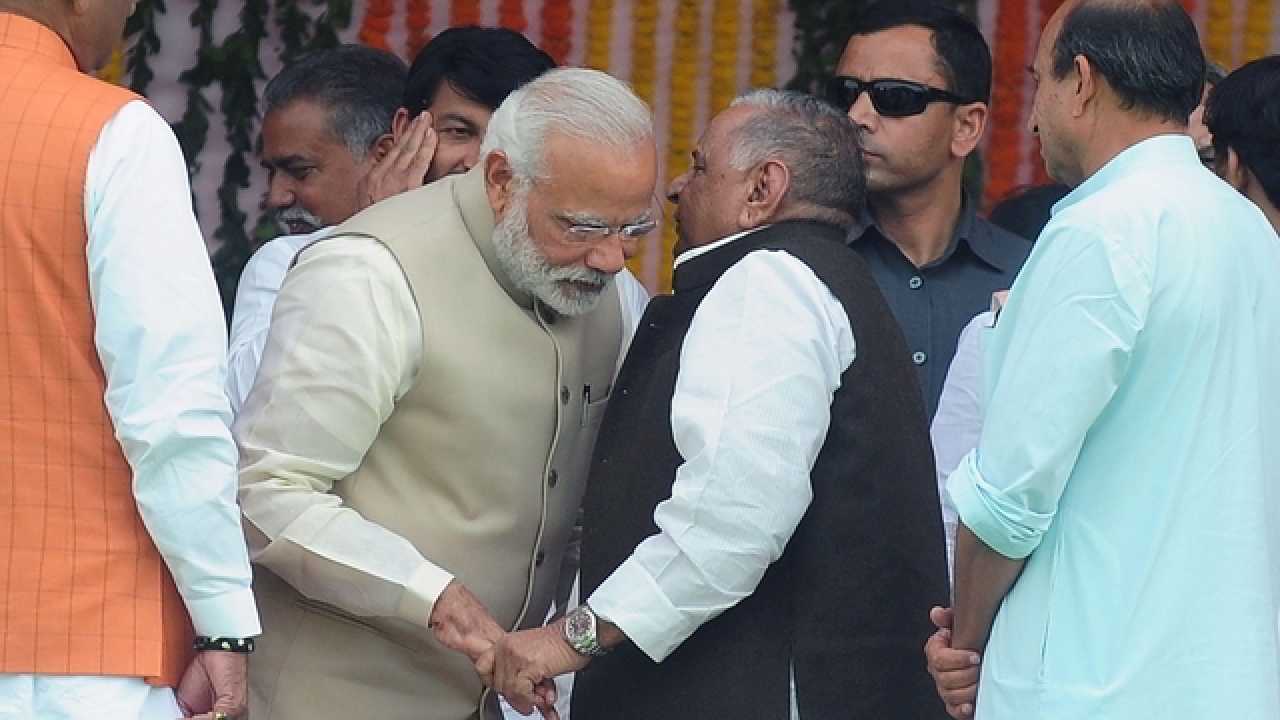 The name of his party is Samajwadi from the state of Uttar Pradesh. The time of 1989 to 1991 was a golden one for him as he served as the chief Minister of Uttar Pradesh at that time.  He also got the chance to serve as the defense minister of india for near about two years. His current position in the history of politics is that he serves as the member of the Lok Sabha and represents Azamgarh.  His birth parents are Murti devi Yadav who was his mother and his father was Sughar Singh Yadav. The village where he was born is named Saifai Village which is situated in the district of Etawah which is a part of Uttar Pradesh.

The lists of his degrees are endless as he has done bachelors, B.T and masters in the subject field of Political Science. And the lists of colleges05843 from where these degrees are earned are different too, being K.K College in Etawah, A.K College in Shikohabad, and B.R College in Agra respectively. He even has two marriages from which the first son of his first wife Malti devi is currently in the chief minister post of Uttar Pradesh named Akhilesh Yadav. And the second son from Sadhna Yadav is the manager of the land holdings of the entire family.  His political career took a turn when he was appointed as a member of the legislative Assembly of Uttar Pradesh. Gradually he made his way the ladder of the political world and got to serve his right as the chief minister in the year 1989. He again got a chance to serve as the chief minister in the year 1992 when he finally founded his Samajwadi Party. The Bahujan Samaj Party became his ally a year after the foundation. This dangerous ally was the reason why BJP could not put its foot down in Uttar pradesh. But no political leader in our country is free from criticism and charges and that is what happened with Yadav too. He was charged to have a hand in the firing incident of Muzaffarnagar of UP. He could hold onto this alliance for a mere time span of two years until the different party got into a different treaty.

Yadav political view and the support mechanism for the unjust have put him under shame to many. When in 2012 the tragic incident of the rape cases increased twofold in Delhi, he indirectly supported the views of the male population by commenting that “Boys will be Boys. Boys commit mistakes.” He even had the audacity to say that gang rapes are too mainstream and not practical and generally in these cases the victims have a tendency to make up stories of their own covering the truth. He eventually had to pay for this remark of his when he was called by the justice magistrate of a court of Uttar Pradesh.

Surrogacy, how & why it is getting popular in today's time
(927)