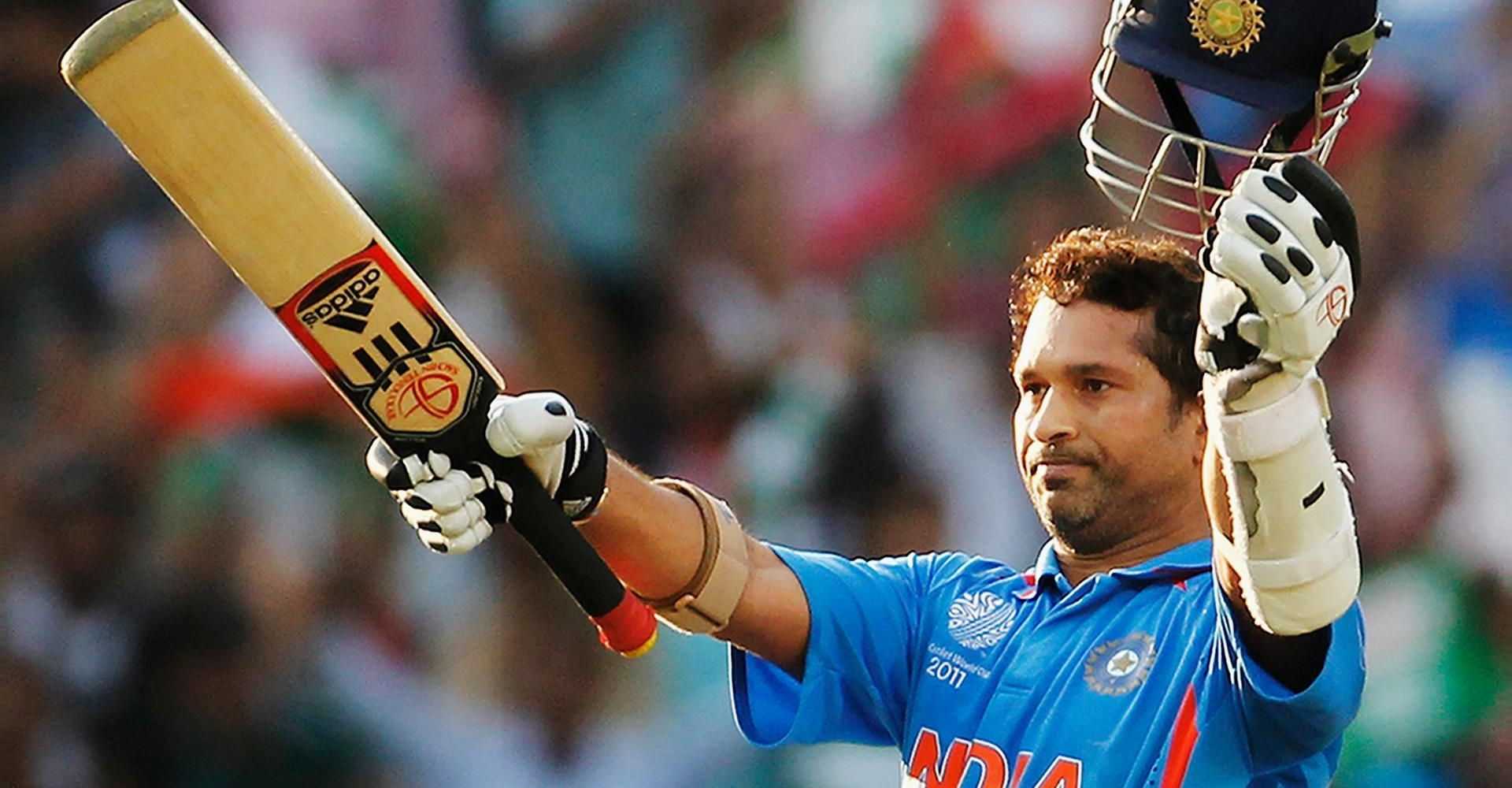 Sachin Tendulkar the name that defines the history of cricket in our country.

Right from the age of mere sixteen years he started representing India in both national and international levels. He is the solo player who has scored a hundred International centuries along with scoring a double century in a single match which no other player in the entire world has ever been able to till date. He was awarded the Wisden Cricketers’ Almanack after Don Bradman for being the second greatest ODI batsman ever. He even lent his share of expertise towards the Indian Cricket team when they won the World Cup in 2011. Taking birth in the Nirmal Nursing Home which is situated in the Dadar region of Mumbai to the family of Mr Ramesh Tendulkar, a well-known Marathi Novelist of that time, no one ever thought that this particular lad would turn out to be one of the most imperative persons in the whole world. There is a huge list of awards which are received by him in the long haul of his career.

There is the Arjuna Award which he received in the year 1994 for stupendous presentation in sporting accomplishment. Then there was the highest sporting honor of India namely the Rajiv Gandhi Khel Ratna Award which he received in 1997. Apart from these two he also bagged the Padma Shri and the Padma Vibhushan Awards in 1999 and 2008 respectively. The list of achievements is never ending as they kept crawling into his life one after the other in due course of time. And why wouldn’t the list be long? He used to give his 100 percent in every single match played to elevate the pride of his country and for this stupendous dedication he was well awarded.

He was even given the most prestigious award of all time in our country that is the Bharat Ratna just after he finished his last match on 16th November 2013. He even managed to secure a good place in the Parliament of India. Even the Indian Air Force also did not step back in honoring him with the rank of Group Captain, which was given to a sportsperson and not someone from the Indian Air Force background for the first time. All his achievements and hard work has inspired the world of cricket big time. People idolize him first and then set their foot into the cricket camps with the thought of becoming Sachin Tendulkar one day. But as all good days come to an end Sachin also announced his retirement from the ODI’s in the year of 2012 and finally from the Twenty20 matches in October 2013 and finally he played his last 200th Test Match against West Indies in the Wankhede Stadium of Mumbai on November 16, 2013.

Important factors- can save you from breast cancer
(2,124)

How to save children from the sexual abuse at public place?
(1,354)