When the world is fighting the threat from one of the greatest pandemic known to humankind, you may feel depressed and disheartened. But, amidst the fear of coronavirus pandemic, you need to remember that such diseases have affected people in earlier times. One of the General questions arises in everybody's mind.

When will be the corona ends and how many persons will die? 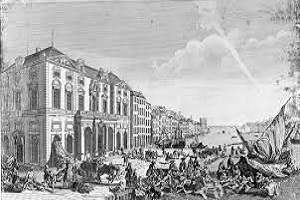 One of the major pandemics in history is The Great Plague of Marseille that affected people from 1720 to 1723. It is the last bubonic plague outbreak that started in the Gran-Saint-Antoine ship docked in Marseille the western European country. The outbreak originating from the cargo ship from the eastern Mediterranean resulted in the death of 100,000 people over three years. Triggered by the bacterium Yersinia pestis, it spread into the city of Marseille through fleas as well as infected rodents. The pandemic is infamous as historians suggest it caused the death of 30% of the people living in Marseille during the period.

The pandemic posed a major threat to human life due to the lack of information regarding the exact cause of the condition. Alexandre Yersin in 1894 made a breakthrough by describing and culturing the plague-causing bacterium in Hong Kong. Jean-Paul offered further headway by discovering the transmission of Yersinia pestis from infected rodents by flea bites in 1898. Scientists developed an effective treatment in 1896 with antiserum. Another effective therapy option in the form of sulphonamides came into existence in 1930 until the treatment with streptomycin started in 1947. The world suffered from the plague pandemic until 1959. But, the disease is still present in wild rodents. Today, as soon as the doctor suspects the disease, you get treatment using powerful antibiotics like Gentamicin, Ciprofloxacin, Doxycycline, Chloramphenicol, and Moxifloxacin.

The plague affects people in all continents around the world excluding Oceania. But, it is more prevalent in people residing in African countries. The three most endemic countries are Madagascar, Democratic Republic of Congo, and Peru. But, people can now gain immunity from the disease by using the vaccine developed by WaldemarHaffkine. The bacteriologist developed a vaccine on 10th January 1897. But, it is used in people who are more at risk of contracting the disease. 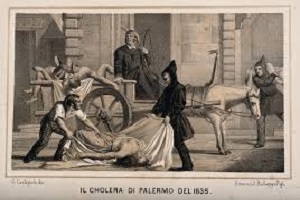 The cholera pandemic has also resulted in the death of several thousand people. The pandemic outbreak started in Jessore from contaminated rice in 1817. It spread to the Ganges Delta and affected people across India, modern-day Sri Lanka, and Myanmar. The disease also affected people living across the trade routes established by Europeans. The pandemic that started in 1817 lasted until 1824. It affected countries in Southeast Asia to several countries in eastern Africa, the Mediterranean coast, and the Middle East. The regions it caused havoc are India, Siam, Bangkok, Manila, Java, Oman, China, Japan, Persian Gulf, Baghdad, Syria, Transcaucasus, Astrakhan, Mauritius, and Zanzibar.

The pandemic has resulted in the death of thousands of people until it ended in the cold winter of 1823-1824 as the temperature drop killed the bacteria in the water supply. Until then, it killed 30,000 people in Bangkok, 1,225 people lost lives in Java and killed almost 8,750,000 people. While the data regarding the number of death remains contradictory, the deadly pandemic resulted in the death of hundreds of thousands of people. Today, the condition is only found in certain developing countries (several African countries, Afghanistan, Iraq, and Haiti) with contaminated water and bad sanitation. It is treated with ORS (oral rehydration solution).

Filippo Pacini isolated the bacterium V. cholera in 1854. But, the discovery remained widely unknown until Robert Koch, the scientist responsible for discovering the cause of tuberculosis publicized it thirty years later. JaumeFerraniClua, a Catalan physician developed the first live vaccine for the disease in 1884 after isolating the bacteria from the affected patients in Marseilles. WaldemarHaffkine developed another vaccine with fewer side effects and used it on people from 1893 to 1896. Wilhelm Kolle developed an easier-to-prepare vaccine in 1896 and used it in 1902 on a large scale in people in Japan. Today, FDA has approved Vaxchora (2016) that travelers need to use before making a trip to an outbreak prone region. 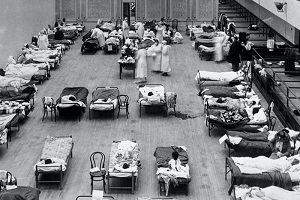 The flu pandemic in 1918 refers to the deadly outbreak due to the influenza virus. It started in 1918 in January and lasted until December 1920. While it lasted, the pandemic infected five hundred million people (around one-third of the world’s population at a specific time). It is regarded as the deadliest pandemic as seventeen million to fifty million people lost their life. Some studies indicate that around 100 million people lost their lives during the worst pandemic in human history. While the pandemic is referred to as Spanish Flu, the exact place of origin remains unclear. Many hypotheses of the origin remain, including British troops in France, China, the USA, and others. But, it spread to a large population due to the massive movement of World War I troops.

While most people mistakenly people the disease originated in Spain due to its name. While the flu spread from Spain to France, it is not the area of pandemic origin. In 1918, Spain remained a neutral territory during World War I. So, it has no wartime censorship. Newspapers widely reported the endemic effect in Spain, including the illness suffered by King Alfonso XIII. The widely reported stories resulted in the false impression of Spain being the hardest-hit country. Unfortunately in 1919, people affected by the flu had no specific treatment or vaccine available. So, infected people either died or developed an immunity.

Johan Hultin in 1951 tried to isolate the influenza virus from the 1918 pandemic victims and failed. The pathologist tried to retrieve it from the victims buried in Brevig Mission, the Alaskan town. It is the worst affected town as 72 of the 80 residents in the town perished. In 1997, Johan Hultin successfully separated the virus and by 2005 scientists successfully reconstructed the genome structure. But, scientists like Jonas Salk and Thomas Francis in 1938 developed the first flu vaccine to offer protection to US military forces against flu viruses. 1945, soldiers received the vaccine and civilians got approval for using it in 1946. Unlike earlier days, today you have effective plasma treatment for alleviating the condition.

With sheer resilience and the use of resources to the best, the human race can overcome any pandemic. But, at the end of the pandemic, the health ministries across the globe need to take necessary steps to prevent such outbreaks and high death rates. The use of innovation in the medical field and educating businesses of the after-effects can help in the evolution of new technologies to minimize the negative effects due to pandemics. Ensuring a strong primary healthcare structure in the countries around the world will limit the extent of the toll. While a strong healthcare structure cannot successfully prevent any future pandemics, but countries can manage it more effectively. So, it will limit the socio-economic toll. 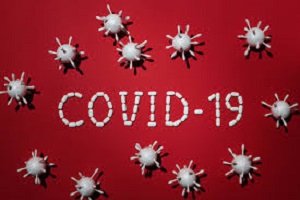 COVID 19 is the name of the disease caused by a novel coronavirus. COVID stands for Corona Virus Disease and 19 denotes the year of 2019 when it first diagnosed. The epicenter of this pandemic is Wuhan (a city in China). This disease is caused by an entirely new strain of coronavirus and humans are not immune to it. The worst part is that it is highly contagious and scientists don't know much about this virus as it is new to this world. Due to this, there is no sure treatment for COVID-19.

Starting from Wuhan, this virus has spread to almost every country of the world and has infected millions within a few weeks. China has managed to contain the pandemic by locking down the Wuhan city for 76 days. But now the virus is badly affecting countries like Italy, Spain, France, India, and the U.S.A.

The worst part about this virus is that person infected with this virus does not show any symptoms until 6-10 days of infection. Hence the person acts as a potential carrier of the deadly virus. It is so contagious that a single infected person can spread it to hundreds in just a few days. The virus spreads through the nasal droplets of the infected when he/she sneezes or coughs and also when someone touches the surface having a virus on that. For example, if the infected person covers the mouth with his/her hands while sneezing and opens the door with those hands, then the virus gets on the door handle. Now if anyone will touch that handle, then he/she will get infected. In this way, each surface that is touched by the infected gets the virus and becomes the source of infection.

Almost every country has adopted the practice of lockdown to contain the pandemic. Social distancing is proving really effective in controlling the spread of the virus. Due to the lockdown in large part of the world all the clubs, malls, hotels are closed; social and religious gatherings are prohibited; various events such as elections, sports events, etc are postponed; trains and flights are terminated; industries are shut and people are asked to stay in their homes.

Various pharma companies and biotech research organizations are trying their best to discover the vaccine for this highly contagious Virus. It is really tough time for healthcare workers, doctors, nurses, and police as they are out to protect our lives.

Doctors have not still found the exact cure forCOVID19, but they are trying a formulation which is a combination of drugs used to cure malaria (DHC) and anti-viral drugs used in the treatment of HIV positive cases along with some other drugs.

However, the WHO has released some guidelines to prevent the spread of the virus:

1. Wash your hands regularly with soap and water, or hand sanitizer with more than 60% alcohol.

2. Always wear a mask while going outside.

Till now (21 April 2020) more than 2,500,000 people have been infected with this virus across the world and more than 175,000 people have lost their lives. The number of cases is still increasing in various countries.

It is predicted that the vaccine for this disease will be ready by the end of 2020. So, it seems that it is going to take a few more years to make this world a corona free world.

Important factors- can save you from breast cancer
(2,134)