Amazing food, attractive places to visit and great market places to buy great quality things at a reasonable price, you will find many great things in Delhi. It's a union territory and the capital of India, but one more thing that you will find in Delhi is the red light area. Delhi has one of the largest red-light areas – G.B. Road.

What is the Full form of GB Road? - Garstin Bastion Road

Garstin Bastion Road (G.B. Road) is a road that connects the Ajmeri gate to the Lahori Gate in Delhi, India. It is counted among the top red-light districts of India. It is also counted among the oldest ones. You will find a significant number of multiple-level brothels and it is estimated there are more than 1000 sex workers active in the area. These multiple-level buildings have shops running on the ground floor. Around 100 brothels operate in just 20 of the total number of the buildings and that to just on the first floor of the buildings. The total number of brothels operating in the area is huge. These brothels open at night when the shops on the ground floor get closed. So it the largest red-light area you can find in India. In the year 1966, its name was officially changed into Swami Shradhanand Marg. 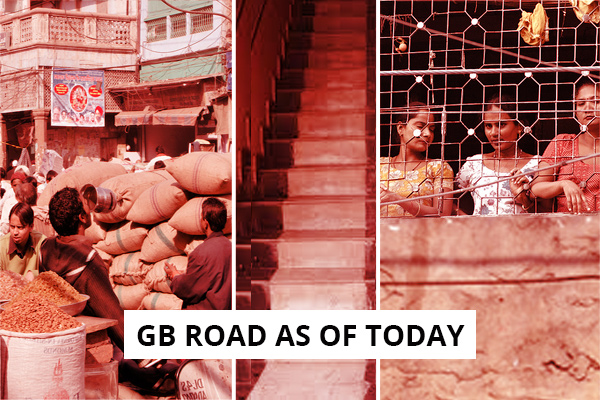 Shahjahanabad, the old city of Delhi founded in 1639, was surrounded by walls. It became the capital of Mughal Emperor Shah Jahan when he decided to shift his capital from Agra to Delhi. The construction of the city started in the year 1648. It remained capital until the fall of the Mughal Empire in the year 1857. During construction, the walls of the city used numerous gates and bastions, known as Burj in Hindi and Urdu. One of these Burj was named after the British office of the East India company. 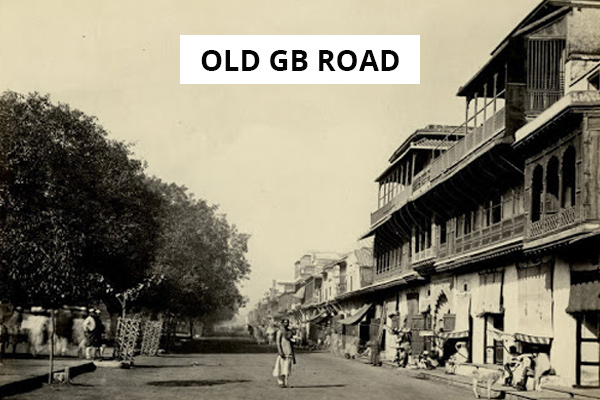 The history of G.B. Road goes back to the era of Mughal rule. It is believed that the Delhi had five red light areas (known as kothas in common language) in the Mughal era. During the British raj, all the five kothas were assembled in one on the road known as G.B. Road by the British collector. The road now has around 100 kothas or brothels. Currently, G.B. road is counted among the largest red-light area of India among Sonagachi in Kolkata, Kamathipura in Mumbai, and Chaturbhujsthan in Muzaffarpur. If you see the map of Delhi of the year 1863 you will find Garstin bastion located in the northern part of the old city of Delhi.

The road is not only known for its brothels, but it is also known for its great market of automobile parts, machinery, tools, and hardware. It is the biggest market for these goods in the capital of India. Because of its commercial aspects, you will find the road loaded with people and vehicles during the day time.

The part of the road that begins from Ajmeri gate on the southern point till the small meeting point from where the road leads up to the northern point at FarashKhana has various shops on the ground floor and brothels on the top floors and the backside of the road is a residential area.