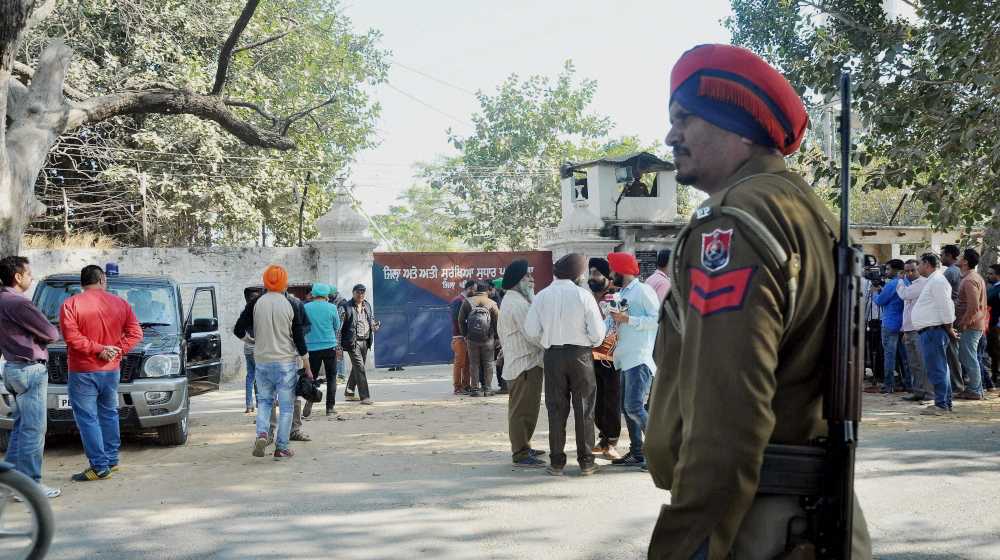 Be it a fear assault, a prepare mishap or an escape, we hardly learn our lessons. Regardless of how genuine security omissions can get, episodes keep on happening, individuals lose their lives and life proceeds onward, sitting tight for another occurrence to happen. The felicity with which the Nabha escape in Punjab was executed on Sunday — around 10 shooters masked as policemen deceived their way into the high-security jail and got away with a Khalistani aggressor gather leader Harminder Singh Mintoo and five others — appears to be ridiculous. It's no giggling matter, however.

Approaching on the heels of Bhopal escape, where eight SIMI (Students' Islamic Movement of India) agents supposedly got away from the high-security ISO-confirmed focal correctional facility and were murdered in an experience on 31 October, it's very genuine.

As per the most recent Prison Statistics India (PSI) report of the National Crime Records Bureau (NCRB) 2015, 200 detainees, including activists, fear based oppressors, feared hoodlums and insignificant crooks figured out how to escape from high-security correctional facilities from six states in the schedule year.

"Why reprimand Pakistan? It's doing what it's anticipated from them. Pathankot and Gurdaspur assaults uncovered Pakistan's edginess to make unsettling influences in Punjab after Jammu and Kashmir. Despite the fact that it is difficult at present to restore professional Khalistan development in the state, Pakistan will attempt to misuse the circumstance amid Punjab race. Yet, the prompt concern is the arrangement of escapes occurring in the nation. It talks about the absence of labor, weakening foundation, not taking after standard working methodology (SOPs) by prison staff and total lack of care towards having an idiot proof security in detainment facilities. At the point when will we take in a lesson?" addressed security investigator Anil Kamboj.